Our third event on the Horseshoe Tour this year is out west again, in Winnemucca, NV on August 18-19. This is our second event in Winnemucca, a tournament that is played indoors at the Event Center, and on portable courts. The facility is one of the best we’ve ever played at, Kim Peterson and his staff do a great job getting everything ready for play. Winnemucca is located in northern Nevada, there is plenty to do there, including ghost towns, gold mines, casinos, and even two tournaments on the weekend prior to the tour event. We had a great event there last year, it will be even better this year!

For all tournament info, click the links below:
Winnemucca Flier 1

For information about Winnemucca, visit their website at:
http://www.winnemucca.com/

The deadline for the Winnemucca tournament is August 8th, don’t let it slip up on you, especially since the World Tournament is so close. Entry forms are located on the menu bar at the top of this page, if you have trouble downloading a form, please let us know and I’ll email one directly to you. You can contact me by email, hawgjaw47@gmail.com, or by phone 803-412-8226. 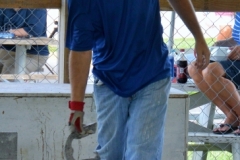